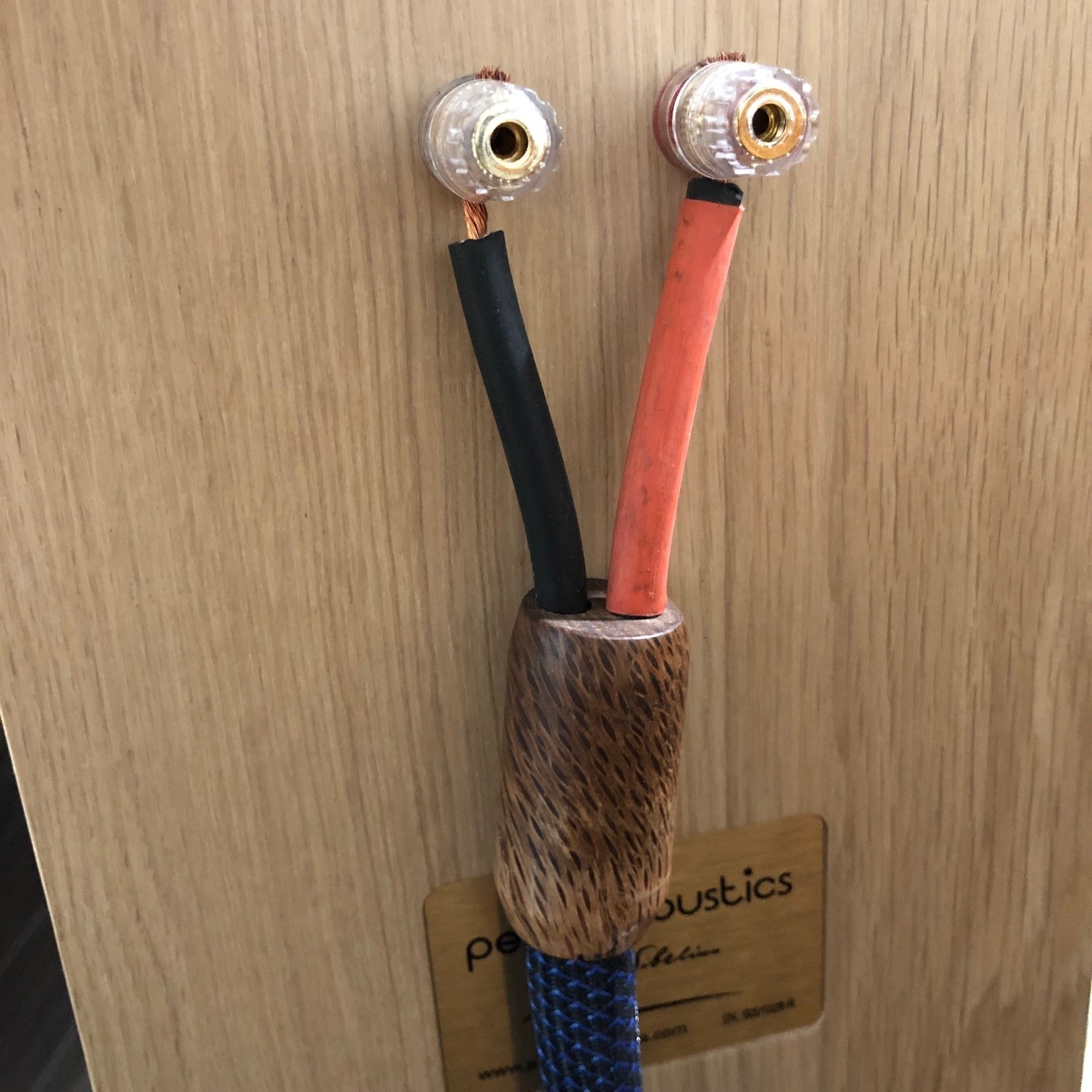 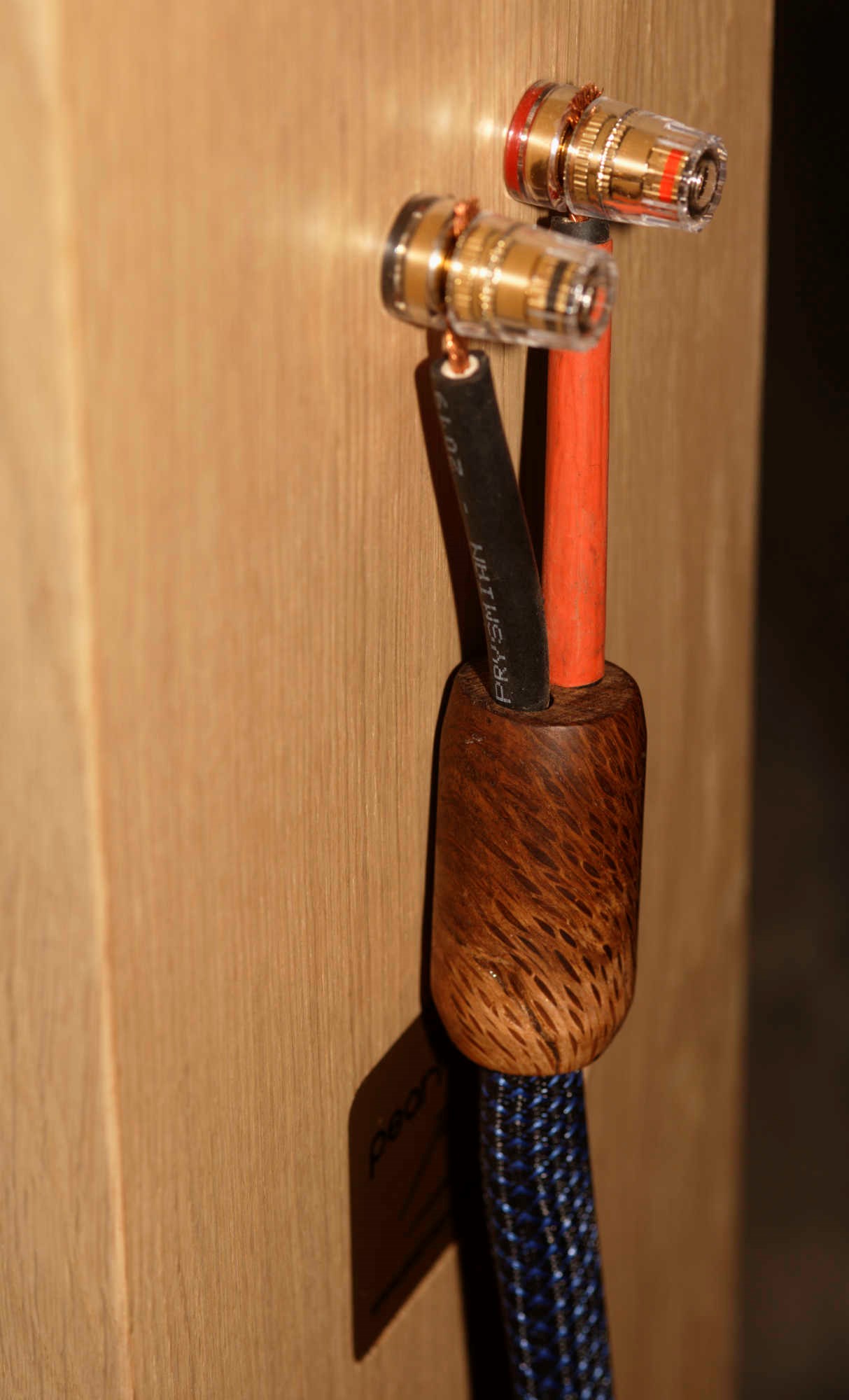 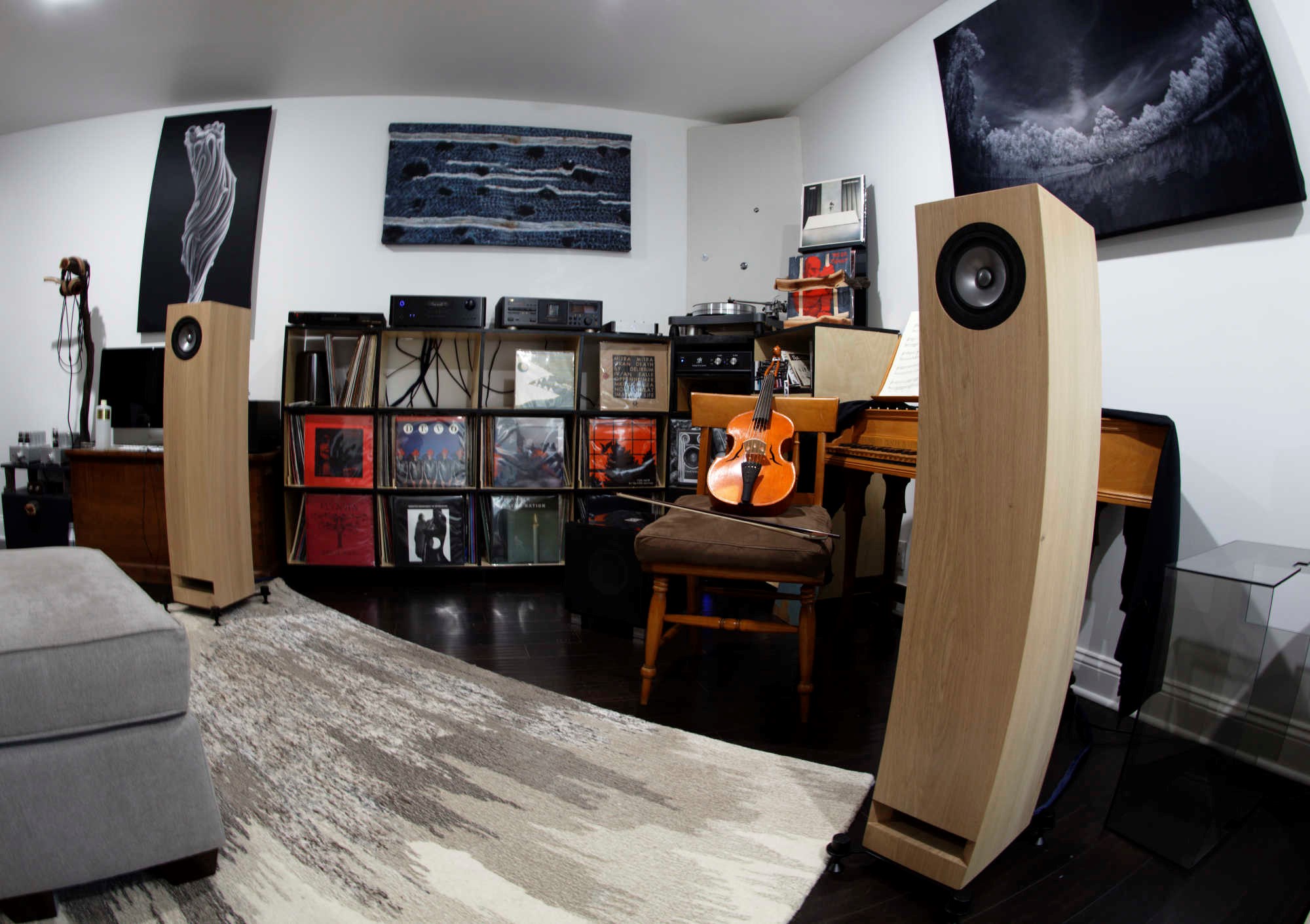 Thanks for sending the pair of Sibelius SG speakers. I have had them for a couple of months now and enjoy them immensely. I include below a bit of a discussion that may help others in a similar position as I was to decide whether the Sibelius SG may be a speaker to consider. I compared my previous speakers (B&W CM6 S2) to the Sibelius SG by hooking them up to the A/B speaker terminals of my amp. I could switch from one speaker to the other by pressing a button on the remote. This ensured that I was actually hearing differences and was not fooled by memory or confirmation bias. Both loudspeakers have reasonably similar sensitivity (88 vs 89.6 db), so volume matching was negligible.

Concern: Single driver will have rolled off treble and anaemic bass. My previous B&W are considered to be rather treble intensive. The Sibelius SG is not rolled off at all, treble is there but not of a tiring intensity. Bass extension on its own is greater than the B&W, yet my sub is adding a bit more at the very low end. It is subtle — as it should be — but it does make a difference. The greatest differentiation of the main speakers is in the lower mids, which the B&W renders bloated, while the Sibelius presents them even-handed. The second difference is the Sibelius loudspeakers have a clean and clear sound. It is more immediate, crisper while staying clear of being overly analytical.

Concern: Speaker will be good for classic/jazz, but will fail with rock and electronica. The first comparison was with the new HIPP baroque chamber CD with compositions by Johann Graf out on Genuine for violin, viola da Spalla and harpsichord, recorded in an old stone building. The Sibelius rendered the sound like sitting in that building with all the reverberations and complex sound decay, while the B&W made it sound more like sitting in a small padded room. Messa di voce is beautifully rendered and not smeared, presto movements show clean attack, while sudden dynamics changes from ff to silence let you hear the room. There is nothing subtle about it. I play as an amateur viola d’amore in a full baroque set-up (gut strings, baroque bow, etc.) so am intimately familiar with the finer detail of baroque string playing. The Sibelius SG is spot on.

To go to the other extreme, I listened to Zanias’ Follow the Body on vinyl, which is synth and drum machine-generated cold-wave, electronic body music/EBM out of Berlin. The treble portion of the synths did not lose any sparkle, and drums still have plenty of attacks. The big difference is in the lower mids, where the Sibelius got rid of the tiring boomy aspect. I did not know how tiring it was until it was gone. A revelation!

Concern: the small speaker cones cannot deliver sufficient volume. My listening room is about 18×18’ (6×6 m), with a diagonal set-up. I turned up the volume to the border of uncomfortable, yet I could not see the driver cones move. There is plenty of reserves and the speakers should be fine even in large residential spaces.

Concern: cables and speaker stands, do they make a difference? I am a cable sceptic but gave unterminated PearlAcoustics wire a try because they are very reasonably priced. I did again A/B comparison between previous Cardas 101 (~AWG 14) and the Pearlacoustics cable (~AWG 5–6). There might be a tad sharper bass attack with the Pearlacoustics cable, but the difference is minute at the very best.

By connecting the bare wires to the speaker terminals, the cable hangs down from the back of the speaker with no cable strain. That will make the cable support on the speaker stands superfluous. I recommend to anybody to go bare wire connection and avoid banana or spade connectors. The holes in the speaker terminals are a tad small for the wire, and it may take 2–3 tries to get all the strands of the litz wire through the hole.

The effect of the speaker stands was a bit more difficult to A/B test. If there are differences, they are subtle at the very best. One of the speakers is on the edge between the wood floor and carpet. The levelling screws are barely long enough to accommodate the difference, The black finial knob can no longer be fastened to one of the screws. The speakers on the stands look a bit more refined, but sonic differences are negligible. I would consider the stands more of an esthetic consideration, but not a sonic one.

For DIYers: If you want to make your speaker cables pretty, 1/2” cable socks barely fit the two speaker wires. 16 mm plastic speaker pants/y-splitters do NOT fit two speaker cables. “Audiophile” larger Y-splitters are expensive. I used some oak wood from the yard and turned y-splitters on my lathe. Very easy if you have a lathe and a drill press. Alternatively, drill two holes in a copper pipe cap and compress the tube portion. Use red shrink tubing or red electrical tape to mark the red termini.

Overall impression. The Sibelius SG is a different kind of speaker. It will not please everybody and initially, it may sound thin. However, this is rather a question of re-adjusting ones ears to what music really sounds like, rather than what we wish it should sound like. Listening to acoustic instruments I know well, the Sibelius sounds spot on. I use this as an acoustic “white balance”. Knowing that acoustic instruments sound right tells me that the sound of electronic instruments will be reproduced correctly. It may not be what I am used to, but that is not a fault of the Sibelius SG, but a problem of past habituation. It takes less than a day to get past that initial surprise and find new ways to enjoy old favourites more fully. I have now listened to a wide range of music from baroque orchestral (e.g., Telemann’s Tafelmusik) to punk (The Ex, Lié, Ötzi), indie/alt/post-punk (My Dad Is Dead, Nice Strong Arm, Sounds Like Winter), darkwave (Boy Harsher, Diavolo Strain), coldwave (Lebanon Hanover, Box And The Twins, Hante), electronica (Devo, L’Avenir), and singer-songwriters (Carla dal Forno, Gloria Olivera), and all sound better, more immediate, cleaner.

In an analogy from photography, in the old days, slide films had different personalities. Fuji Velvia was a favourite because of its saturated colours. However, accurate representation was the domain of the more muted Agfachrome. The Sibelius SG is the Agfachrome of speakers. It puts me on a much needed audio diet.

I had wondered whether the front-ported Sibelius SG could be placed closer to the front wall. After much fussing with speaker placement, the best sound is from the very same spot where the B&W were before. At home “burn-in” is not necessary. In the two months, I listened to the speakers intensively, I have not noticed any change.

As a hobby woodworker, I can appreciate the exquisite craftsmanship of cabinetry. Each exemplar is unique, which appeals to me. The French oak enclosures are perfectly at home here surrounded by California coastal live oaks.

I can wholeheartedly recommend the Sibelius SG speakers to audio purists who want to hear music the way it really is. You will also enjoy the AAA+ customer care from PearlAcoustics, the best in the industry, on par with when I commissioned two of my violas d’amore with a couple of luthiers. Cudos!

Included also a few images of the speakers in their new natural habitat.

Become a part of our community!
Registration complete. Please check your email.
Lost your password?

Recover your password
Password reset email has been sent.
The email could not be sent. Possible reason: your host may have disabled the mail function.
Log in
×